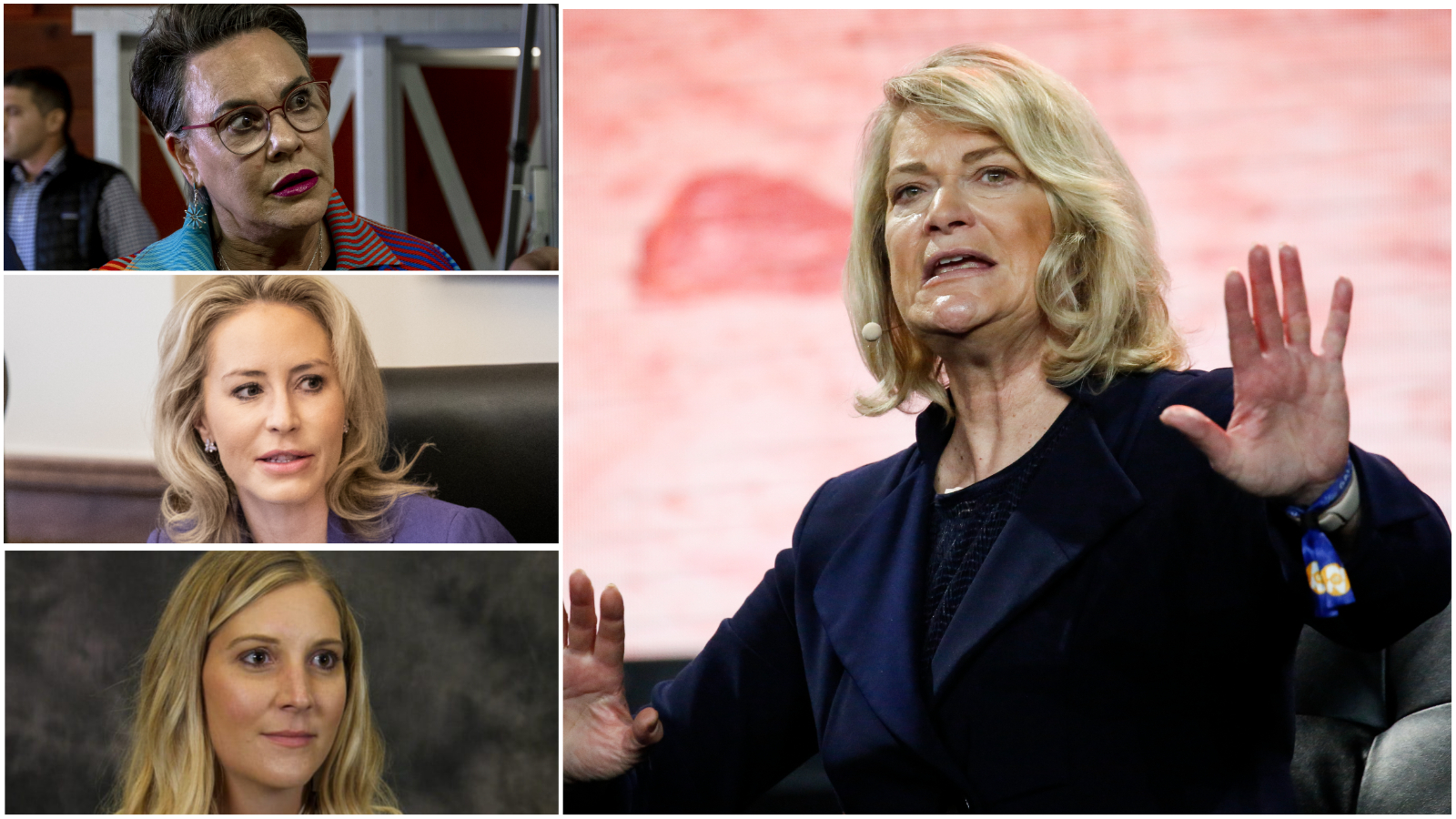 In a rare move for Wyoming politics, a member of Wyoming’s congressional delegation is weighing-in on contested elections before the primary.

In a column written for Cowboy State Daily, U.S. Rep. Cynthia Lummis announced her support for Harriet Hageman for U.S. House, Tara Nethercott for Secretary of State, and Megan Degenfelder for State Superintendent of Public Instruction.

“These leaders share a common thread,” Lummis said. “They were raised in Wyoming, educated in Wyoming schools, built businesses in Wyoming, volunteered in Wyoming and contributed greatly to Wyoming communities.”

The candidates she endorsed are similar to her in that Lummis is a lifelong Wyomingite who received her undergraduate and law degree at the University of Wyoming, built numerous businesses in the state, and has been a public servant for decades.

Lummis is the only member of the congressional delegation who is from Wyoming, grew up in Wyoming, and graduated from Wyoming schools.  Traditionally, that has not been the case.

“They have chosen to make Wyoming and its people their priority throughout their entire lives,” Lummis said of Hageman, Nethercott, and Degenfelder

“It is this commitment, and their proven records to back it up, that makes all three of these candidates worthy of consideration by the people of Wyoming.”

While Lummis and former President Trump agree on supporting Hageman for the U.S. House, they disagree on the secretary of state and superintendent of public instruction positions.

In her statement of support, Lummis noted Hageman’s roots in Fort Laramie, Wyoming where she grew up on a ranch and, like Lummis, received her undergraduate and law degrees from the University of Wyoming.

“[She] knows how to do battle with Washington, DC — and win,” Lummis said.

In her endorsement of Nethercott, Lummis mentioned her two-degree pedigree from the University of Wyoming and noted her legislative accomplishments.

Despite only being in office for six years, Nethercott was named legislator of the year by the Wyoming Business Alliance and “person of the year” by the Greater Cheyenne Chamber of Commerce.

“Her conservative background, experience with election law, and history of advocating for Wyoming businesses and jobs make her an ideal candidate to serve as Wyoming’s Secretary of State,” Lummis said.

Degenfelder: A Product of Wyoming Schools

In Lummis’ endorsement of Degenfelder, she defined a clear contrast between Degenfelder and Brian Schroeder.

Degenfelder was born and raised in Wyoming and went to Wyoming schools.  Whereas Schroeder moved to Wyoming only two years ago.

It seems all too fitting for the person in charge of Wyoming’s school system to be a product of it,” Lummis said, mentioning that Degenfelder served as the Chief Policy Officer for the Wyoming Department of Education.

“Megan has a deep-rooted understanding of our state, schools, businesses and families,” Lummis said.

This is not the first time Lummis has gotten involved in a Republican primary.

In 2016, after Lummis announced her retirement from the U.S. House, she backed then-State Sen. Leland Christensen for Congress during the primary.

U.S. Sen. John Barrasso has not made any endorsements, neither has Gov. Mark Gordon who is running for his second term.